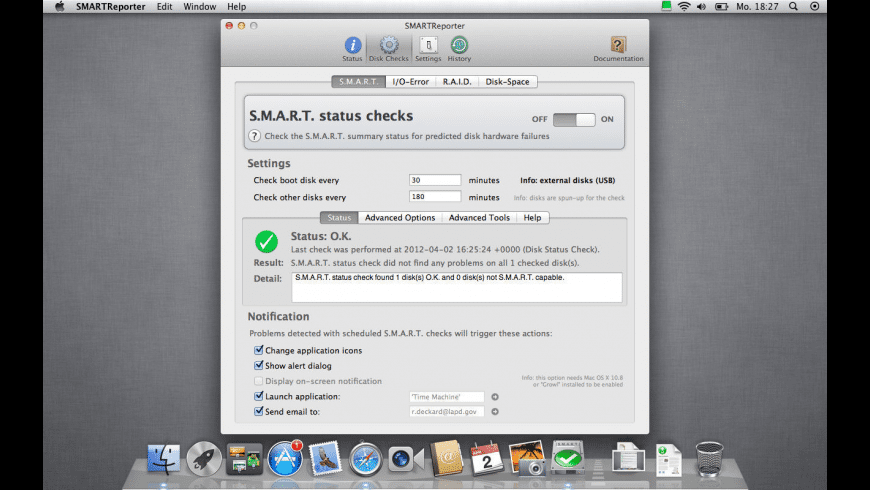 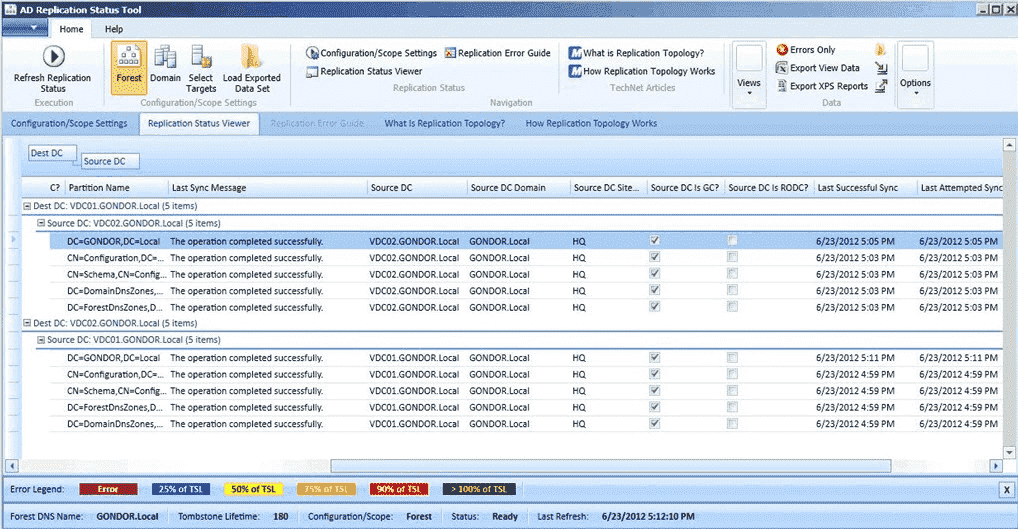 SMARTReporter is an application that can warn you of some hard disk drive failures before they actually happen! It does so by periodically polling the S.M.A.R.T. status of your hard disk drives. S.M.A.R.T. (Self-Monitoring Analysis and Reporting Technology) is a technology built into most modern hard disk drives that acts as an 'early warning system' for pending hard disk drive problems. SMARTReporter can notify you of impending hard disk drive failures by a variety of notification options including alert boxes, on-screen notifications and email.
The current status of your hard disk drives is also always easily recognizable because SMARTReporter changes its icon (optionally in the menubar) from green to red if a problem occurs. SMARTReporter does not only check for S.M.A.R.T. disk failure predictions but increases failure prediction accuracy by checking for dangerous I/O errors as well. Additionally SMARTReporter can monitor the status of software R.A.I.D. sets for degradation or check free space on the boot disk.
Please note that a S.M.A.R.T. alert does not mean that your disk will certainly fail completely, nor can S.M.A.R.T. (or I/O-error checking) catch all possible disk problems before they happen - it's just a very valuable indicator. SMARTReporter is NOT a substitute for regular backups especially as it only concerns itself with hardware-level problems (like physical drive failures) and not at all with software-level problems (like filesystem health) that could also destroy all your data. Perform regular backups, make sure you read the F.A.Q. entry about prediction reliability and follow theselinks for more information about S.M.A.R.T. technology in general.

Only 'internal' disks are supported, but some external disks can be made to work with additional software.
Some disks do not support S.M.A.R.T. at all and therefore do not work with SMARTReporter's S.M.A.R.T.-check:
• the 'OWC Aura SSD for Mac Pro'

SMARTReporter supports S.S.D. and Flash Storage devices well (see the F.A.Q.) but even more complete SSD-health checking is built into our complementary SSDReporter. For the time being the features of SSDReporter can not be added to SMARTReporter because of limitations of Apple's Mac App Store.

SMARTReporter is licensed under a proprietary license and costs 9.99$. 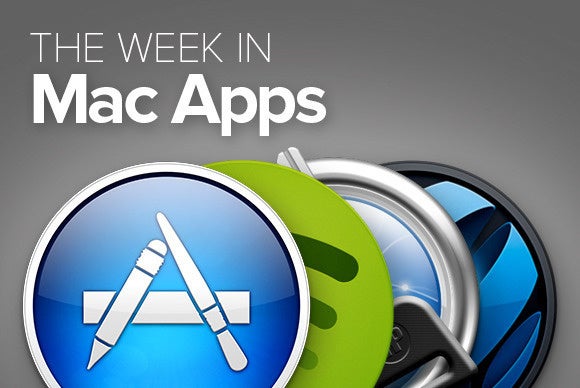 Technical support is available only from within SMARTReporter (in the 'Documentation' tab).
Read Me F.A.Q. Version History Privacy Policy