A recent laptop upgrade had us dealing with solid state drives (SSDs) and one of the potential candidates for this SSD upgrade was the 120GB Samsung 850 EVO SSD which we are reviewing today.

In this Samsung 850 EVO 120GB Review, we’ll take a closer look at this drive and see how it stacks up in terms of performance and price.

The Samsung 850 EVO is an extremely popular choice for a SSD and is quickly becoming a mainstream SSD favorite. Sporting Samsung’s V-NAND technology, the EVO series represents a mid-range priced product with mid-to-high level performance and is quite affordable in the lower capacity offering such as 120GB. This review covers the standard 2.5″ 7mm thick form factor, but mSATA or M.2 versions of this SSD are also available. The 120GB drive size covered in this review is the smallest size available, with other 850 EVO size offerings of 250GB, 500GB, 1TB and even up to 2TB available. 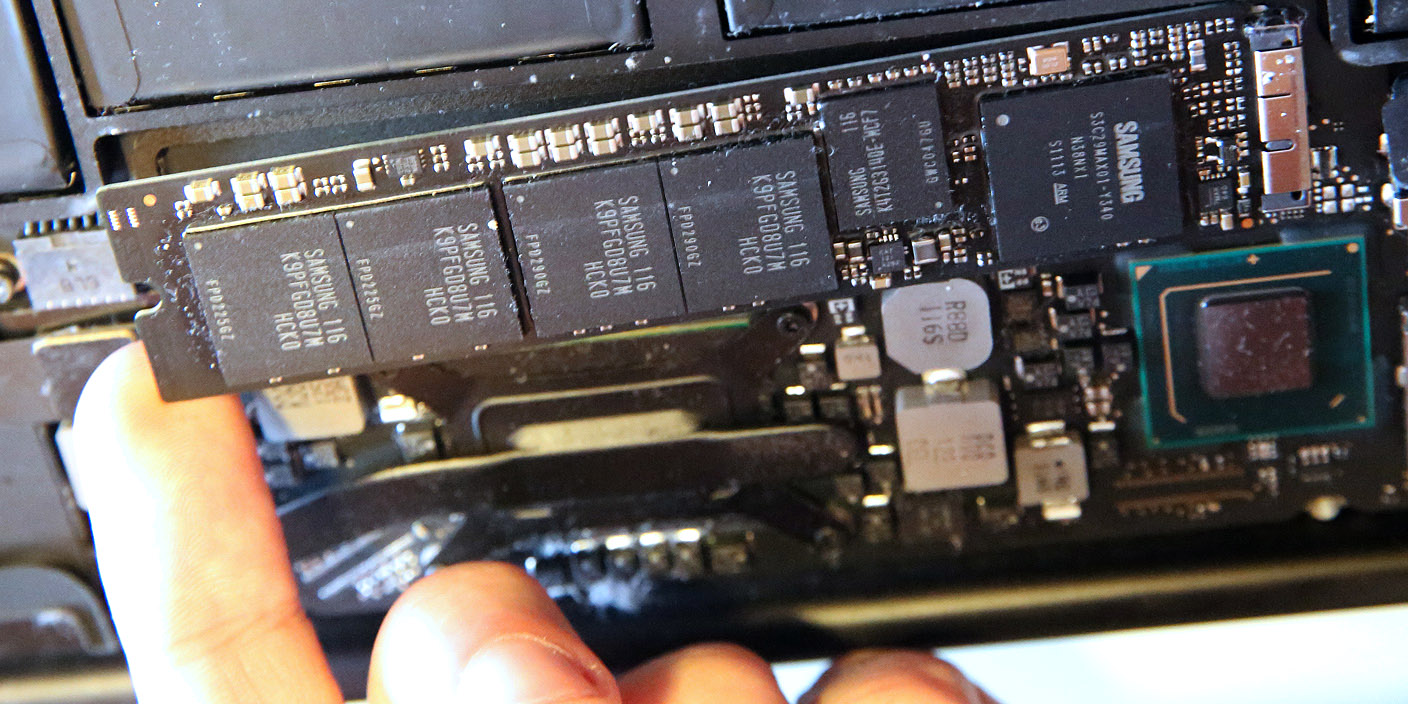 The 850 Evo is definitely an upgrade to the previous 840 Evo series – it boasts an entirely new technology: Samsung’s V-NAND or 3D vertical NAND topology.

Put simply, V-NAND is the name Samsung have given their method of assembling physical NAND memory in the drive in vertical layers rather than trying to decrease the size of NAND cells to fit horizontally on the finite 2-dimensional area that a SSD footprint offers. Think of it like building skyscrapers in a city, rather than 1-story flats. The result is more memory density within a small footprint.

To give you an idea of the endurance of this drive, if you were to write 50GB to the drive every day, the specifications indicate that it would take you more than 8 years to wear out the drive.

The review video below by TechteamGB (scroll down to view) goes through a few real-life tests to indicate the drive’s performance for the 120GB capacity. This includes benchmark testing using both CrystalDiskMark and AS SSD Benchmark, both of which run a series of synthetic stress tests on the drive to help evaluate performance.

The sequential read and write tests, denoted by “Seq” above, show the true performance of this drive. We can see that it achieved a 523MB/s read speed and 503MB/s write speed, only slightly below the advertised 540MB/s read and 520MB/s write speeds.

The next result we’ll take a look at is the 4K Random read and write indicatedby “4K” in the image above. These tests simulate reading and writing 4KB chunks of data from random places on the drive and are a much more challenging test for the drive than sequential read/write. It generally takes longer for the drive to locate the requested information because it is not in sequential order, so slower speeds are normal in this area. We get good performance from the 120GB 850 EVO, with a 4K read speed of around 49MB/s and write speed of 121MB/s.

The Samsung 850 EVO is a strong performer in terms of benchmarking tests and you can’t really go wrong with this drive choice if you are upgrading from older storage technology like a spinning hard disk drive. It will definitely give you a massively noticable improvement in both startup times and speed and loading times during general use.

Here is the full review by TechteamGB if you want to check out a few more of their performance tests on the 120GB 850 EVO:

Check out the user reviews on Amazon >>

Who Is It For?

The Samsung 850 series has been hailed by many as one of the best drives you can get in terms of cost versus performance, endurance and reliability. The EVO is considered the budget entry-level offering, while the other option is the 850 Pro series (which offers a boost in speed and endurance, but at a higher cost).

This drive will do you well if you are after a cost-effective solid state drive, but also will like added features like SSD managment, turbo-write, RAPID mode, and AES 256-bit encryption without sacrificing any performance.

Samsung are certainly a big player when it comes to SSDs, being leaders of innovation in this market. In July 2015, they were the first to release an SSD in the 2TB capacity size (incidentally, it happened to be the 850 EVO 2TB and 850 Pro 2TB products – basically the same EVO product we are looking at in this review, with just a lot more space).

The Samsung 850 EVO was first released in December 2014, and the good news is that costs have definitely come down since then. Even back then these drives were known for being one of the best value drives in terms of $ per GB, and with prices coming down over time, that’s even more true today.

While they are not as cheap as something like the Kingston HyperX Fury, the performance is better and you get a longer warranty with the 850 EVO. Suprisingly, after checking a few prices, the 850’s seem to be on par with (and sometimes even cheaper than) the previous model 840 EVO. 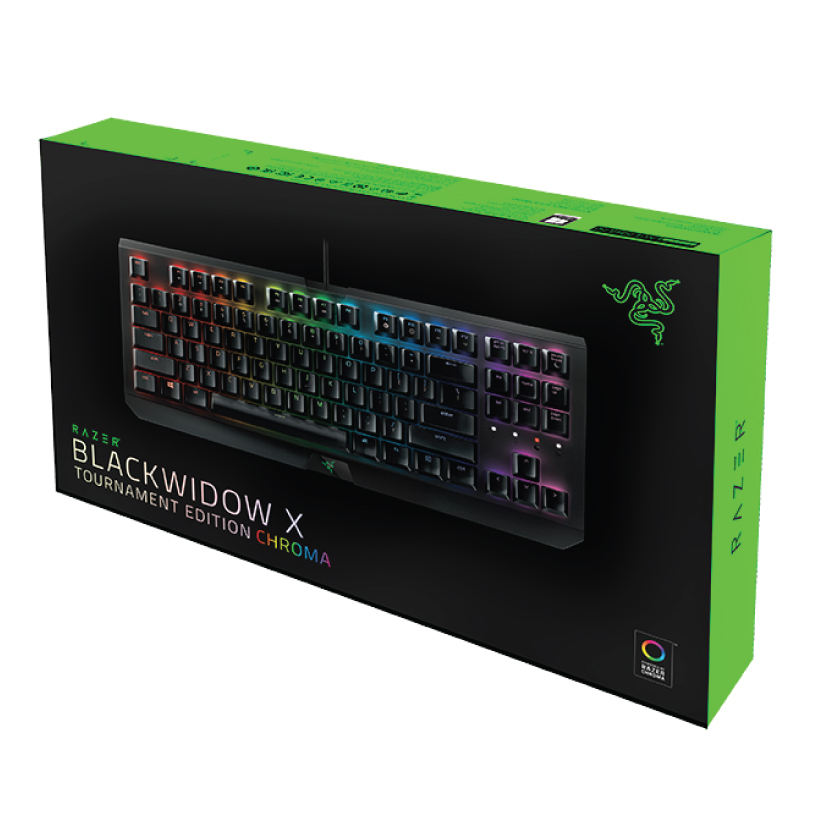 The only real downside we could pick is that Samsung’s Magician software seems to only be compatible with Windows based PCs (at the time of writing).

The Samsung Magician Software is not mandatory, but this software package is used for SSD management and will allow you to have a little more control over your new drive, including the ability for:

The Samsung Magician Software can be downloaded from Samsung’s website here. Samsung have also thought ahead, offering their one-stop install Navigator software for an easy way to migrate compatible data and programs from your existing primary storage drive to your 850 EVO. That’s a definite plus as it saves you from the usual headaches of having to clone data manually or start over with a fresh install.

It’s definitely a downside to mac OS and Linux users that the software is required in order to take full advantage of most of the drive’s advanced features (such as RAPID mode and automatic firmware update). However, the drive still offers excellent performance out of the box even without the Magician software installed it is still an excellent SSD choice.

If you are a non-Windows user and you do like to have a little more control over your SSD in terms of activating advanced features, then you may want to consider another manufacturer.

Samsung’s 5 year limited warranty is definitely one of the longer warranty periods out there, and according to their specifications linked above you get either 5 Years Limited Warranty or 75 TBW Limited Warranty (Whichever comes first).

If you plan to keep your drive longer and warranty is a big deciding factor for you, you might want to check out the 850 Pro SSD, as these come with a 10 year warranty (as well as having better performance), though for a slightly higher price.

Samsung’s 850 EVO has established itself as a popular mainstream SSD because it scores high in many areas. You can’t really go wrong with choosing this drive. It offers excellent performance at a reasonable price, backed by a well-known manufacturer and a five-year warranty.