Looking to add a Mac Mini running Roon and from what I gather it seems to be the better option to network the Mac to the DAC and rely on Roon's RAAT protocol rather than a USB cable. At this point I think I will leave it to fate and get which ever piece of gear comes up for a good deal first. Crossover Engine builds are built from the Wine source code used in the Crossover. Crossover is a wonderful product by Codeweavers Wineskin Engines use WineskinX11, a custom version of X11 (required by Wine) made from XQuartz, which is an x.org based X11 server. It does not use Apple's X11.app.

The 8260 cleverly houses the midrange
driver and tweeter in one seamless piece.

Genelec has been creating speakers for pro applications since 1978 and “Minimum Diffraction Enclosure” (MDE) cabinet designs since 2004. Sitting 23 inches tall and weighing 60.5 pounds, its latest 8260A monitors feature the same MDE, using the 8200 Series AutoCal software reviewed in Mix’s January 2008 issue. The new 8260A three-way design is an evolution of the coaxial speaker concept, resulting in accurate midrange reproduction, extended bass response and a wide listening window.

HIDDEN THREE-WAY AGENDA
The 8260A has the same overall look as the previous 8000 and 8200 Series, except that what appears to be a two-way design is actually a three-way system. Here, the tweeter (and the stealth midrange driver) shares the same waveguide in what’s termed a Minimum Driver Coaxial (MDC) design. A virtually seamless, curved foam “skin” is part of the proprietary MF driver, whose outer ring smoothly attaches to the cabinet’s waveguide. The interior of this foam cone is joined to the interior tweeter, again making a smooth connection. This eliminates any subsequent ripples of diffraction off of an otherwise protruding horn, maintaining the point-source coincidence preferred by many recording engineers.

All of the drivers are housed in the familiar 8000 Series extruded-aluminum enclosures, providing rigidity and neutral resonant characteristics. The 10-inch LF driver is rated down to 29 Hz (±1 dB), with a -3dB down-point of 26 Hz. A newly redesigned amplifier provides 150 watts to the woofer below the 490Hz crossover point. The piece de resistance is the suspended tweeter construction of the coaxial MF/HF coaxial. A 5-inch laminate cone is an integral part of the waveguide. The embedded coaxial ¾-inch dome tweeter is an aluminum design, with two 120W power amps driving the midrange and tweeter. The low-diffraction design of the cabinet, with the integrated waveguides, amounts to superb imaging and a wide sweet spot.

The back panel offers many features. The top of the back-plate assembly has RJ45 In and Thru Ethernet connectors for use with the GLM (Genelec Loudspeaker Management) software. Two sets of seven DIP switches are used for manual operations or selecting the stored software settings after running the GLM software. Manual settings include Bass Roll-Off, Bass Tilt, Desktop, Treble Tilt, Stored or Manual, AES/EBU Channel, Driver Mute and System Level. Below these is the IEC AC connector, a 12V remote connection, AES/EBU input and thru ports, and the analog input.

SMOOTH OPERATOR
Running the optional GLM PC/Mac software is a breeze. The system includes a mic, USB interface for your computer (Genelec recommends the interface’s proprietary soundcard for speaker calibration), Ethernet cables to link the networked speakers together, a USB cable and a detailed 170-page manual.

I easily installed the software on a dual 2.5GHz Mac G5 PPC and set up the network using the supplied mic, interface and cabling. The system scans the network and tells you how many speakers are recognized on the system; it then simply walks you through the naming process. After saving this configuration, it offers the option to run the Acoustical Setup Wizard. I selected the AutoCal mode for automatic implementation of the onboard equalization system. This is a 6-point notch filter, along with two LF and two HF shelves. Once the system is calibrated, you can go into these settings and manually adjust the frequency, gain and Q.

After careful placement of both speakers and mic, I had the option of calibrating from a single position (SinglePoint) or up to a total of three positions (MultiPoint). The multipoint analyzation will yield a softer, less-dramatic system-applied EQ to generally compensate for additional listening positions. After typing in the mic’s serial number, I chose the single-point option and the system started its routine. It analyzed the soundcard’s output, measured the room background noise and conducted a sinewave sweep. The software then showed me the anomalies of my room on a logarithmic graph and placed the compensatory EQ in place, complete with the resultant EQ response curve after the adjustments have been made. I then saved the settings and recalled them every time I launched the GLM software.

While operating the speakers, I launched GLM software. Its main page shows the available groups of speakers, network status and input audio source (analog or digital). It also presents a large fader for variable level in 0.5dB increments, along with three preset levels and a -20dB dim control. The GLM System Setup can be launched from this page for manually tweaking the EQ.

I’M LISTENING
The 8260s are simply remarkable. While listening to many different sources and types of music, my first impressions were simple: accuracy and realism. Most notable was the vocal range. Vocal tracks were reproduced with an incredible degree of detail. Strings had detail and separation, almost as though you could pick out individual players in a section. The soundstage is superb, and the imaging is tight and concise. In many instances, the imaging went beyond the left/right boundaries of the speakers. The phantom center is dead on, and the coaxial midrange places the vocalist right in front of you.

Pianos had great detail and nuance; I could hear all the little resonances and pedal movements, and the breathing of the wood. Acoustic guitars sounded powerful with all of their associated harmonic structures intact, whether in delicate finger-style work or slammin’ rhythms.

The low-frequency response begs the question, “Do I need a subwoofer?” Kick drums were punchy and tight, and I could really hear the room around the drum on many tracks’ information that simply gets lost on other speakers. And these speakers can get loud (123 dB @ 1m). They’re great rock ’n’ roll speakers.

These speakers helped to make my decisions more accurate while tracking guitars, keyboard and vocals. The 8260As gave me a truly transferable representation of what I was recording. I loved the delicate way in which they reproduced the midrange timbre in the vocals. I’m going to miss these hefty jewels when it comes time to mix. I recommend these speakers for a mastering environment as they accurately handled every type of music I put through them.

I did an A/B comparison of the 8260A’s digital vs. analog inputs by simultaneously taking a digital and analog output of my Lynx Aurora converters and connecting to the corresponding inputs on the 8260As. When switching back and forth, I preferred the sound of the Aurora’s analog inputs, even though the signal was going through two conversion processes—my Aurora ADC and the Genelec ADC, which is always in place on the analog input. Although the differences were slight, the separation of instruments appeared to be more accurate with the Auroras, as was detail in reverb (space), cymbal swells, drum overtones and piano harmonics. The Genelec converters are quite usable and by no means second rate. I simply found the overall experience of my outboard converters to have a bit more detail. I was surprised that this “dual-conversion process” sounded more musical than the direct digital input.

A BEAUTIFUL FIND
The 8260As’ three-way design is a thing of beauty. The melding of the 5-inch MF driver with the waveguide, with no outer edge to produce additional turbulence, is intended to control midrange dispersion characteristics, and it works quite well, with very linear horizontal directivity in the critical 1 to 8kHz midrange frequencies, thereby increasing the sweet spot and providing a wider, more accurate listening window in the horizontal plane. Given the extended bass response, superb imaging and clarity in the midrange, plus the advanced networking and calibration technologies, the 8260s will no doubt be seen and heard in the most discriminate recording, mixing and mastering environments. 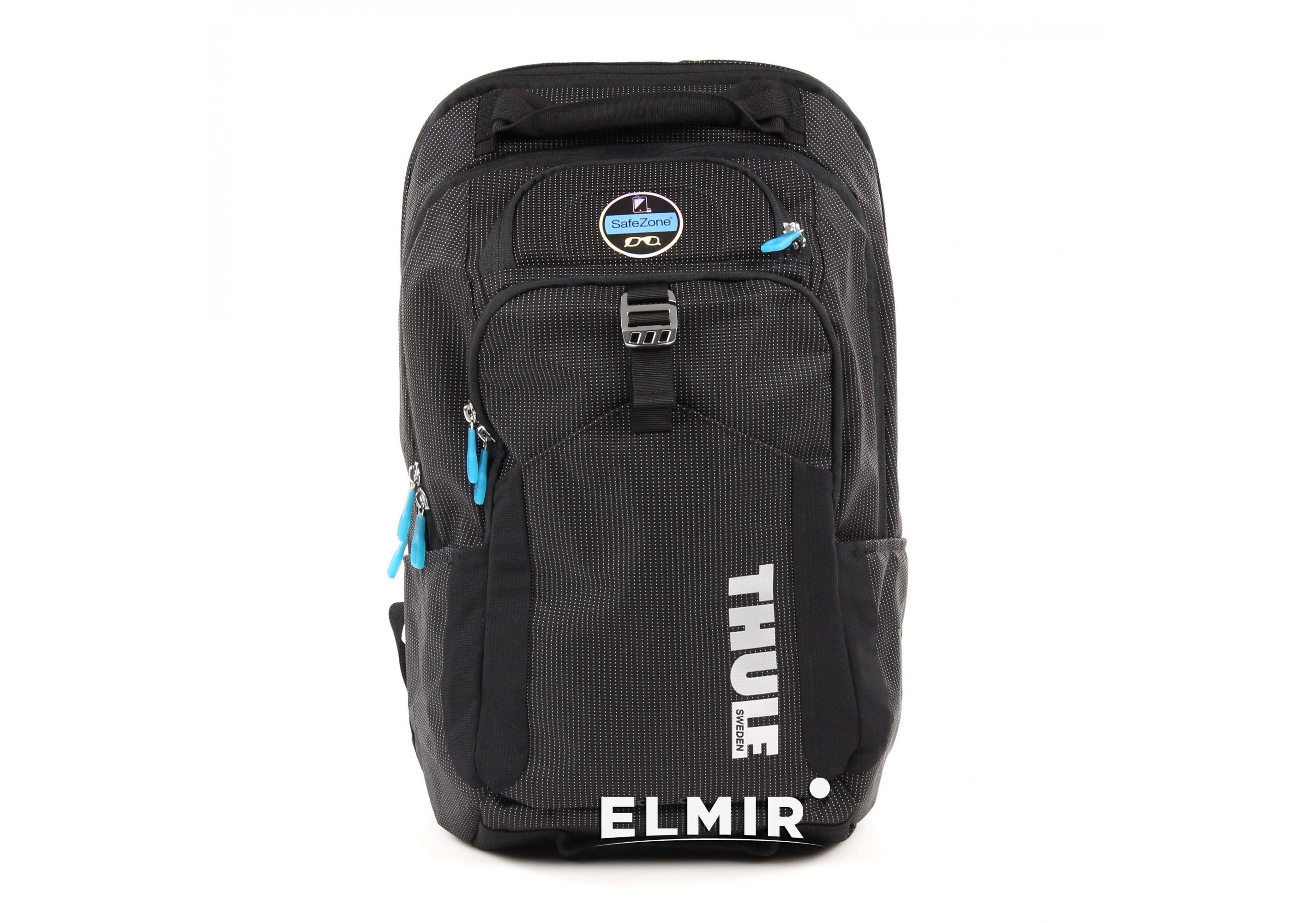 Click on the Product Summary box above to view the 8260A product page.