Finding any information on using a touch screen and a Mac with Studio One 3 seems to be a little difficult, there are some discussions on the PreSonus forum which are helpful, but nothing definitive. To be honest using Google to see how people are getting Macs running with multi-touch monitors yields fewer results than one would expect, it's as if because Steve (Jobs) said it was a bad idea that no-one wants to talk about the idea in public.

However with the information I could find and a little help from the PreSonus dev I knew that it was theoretically possible to get a Mac running on multi-touch using a third party app.

So after extensive reading up and research I know that I needed a multi-touch monitor and a piece of software called Touch-Base UPDD (Universal Pointer Device Driver) to get things running. The monitor getting a lot of love in reviews is the Acer T232, but remember they are not expecting it to run on a Mac, but on Windows 8 et al.

The monitor arrived and set-up was a doddle, in fact the hardest part was figuring out how to use the stand on the desk, but in the end common sense prevailed and I realised the sheer weight of the monitor would bring it to rest in the right position for touch control.

I ordered the software, via a slightly odd method which means having to email the company and ask them for an invoice, so if you head over to the Touch-Base website and can;t find a store to buy from that's because there isn't one. Anyway after 2 emails and a phone call I had placed an order and an hour or so later get the software. The install instructions are comprehensive, but if you are in any doubt then watch this helpful video here.

It's fair to say that although the software installed as expected and the tests worked, the performance of the software with the Acer T232 monitor was patchy. It ranged from full and smooth multi-touch to not working at all, with most options in between. This was nothing to do with Studio One 3 as this kind of behaviour was exhibited in various applications. Oddly enough one of the applications you use to add functionality UPDD Gestures seemed to give it less functionality - rather than more.

Reading other experiences online with the software leads me to think that it may not be the software but the monitor when using a Mac. Suffice to say I got to the point where I couldn't figure out if it was the monitor, one component of the three applications needed to run, UPDD Console, UPDD Gestures and UPDD TUIO or me that was the problem.

There's a high likelihood that this could have been down to user error, however I followed the installation instructions to the letter but still had, as best, patchy results from this combination on the Mac.

I'm now returning the monitor and trying another one, which seems to have shown better results on a Mac, so watch this space. If I don't buy another monitor then I'm £95 plus VAT down for the software. 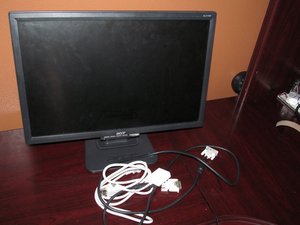 What conclusions have I reached so far?

That there's not nearly enough information anywhere about running a Mac using multi-touch, with the guys at Touch-Base being the exception, there's even less about Mac users running Studio One 3 in multi-touch mode. So if nothing else that may be a new mission for us, getting as much information as possible to help Mac users wanting to do this.

In the meantime there's the Slate Raven MTI, it's not the cheapest option but it works and in my world that goes a long way to being the best option.

If you've tried and got a good result then please let us know more in the comments.